Hi! My name is Jessica Scott a Sacramento State Softball Alumni. I was born and raised in Sacramento, so staying close to home to represent my hometown was truly a goal of mine while looking to play at the next level. I graduated from Sac State in 2020 in the heart of the pandemic, with a bachelor’s degree in Child Development with a focus on Family and Consumer Sciences in Public Health.

As a newly retired collegiate softball player, I’m looking to begin and further pursue my coaching career. Since stepping off the field in 2020 when my senior year was shortened, I decided hanging my cleats up was one thing, but needing to stay on that dirt was a no-brainer. I began coaching a travel ball team under Rod Rubalcava in 2018. Rod and I have coached a few different teams with a variety of age groups since then. Looking back at my career, I was always surrounded by passionate people that were giving back and now I want to do the same.

In 2020 I began giving catching and hitting lessons at BATS in Sacramento. I actually started taking catching lessons at BATS when I was just 11 years old and that’s where it all began!  For my students I gear my lessons towards that player and their needs,(what they struggled with and what they excelled at) and will cater to each student in order to perfect their craft. I want my students to feel as comfortable as they can to openly communicate what they are expecting out of their time with me. Aside from mechanics and fundamentals I want to mentally challenge my players to help them grow in each aspect of the game - this game is a game of failure, we have to be a strong individual in order to play this sport, so I want to gear my influence with them in both physical and mental aspects of the game.

A 2016 graduate of Sheldon High School in Elk Grove, Calif…was a four-year starting catcher for the varsity squad…helped the Huskies to back-to-back CIF Sac-Joaquin Section championships in 2015 and 2016... as a senior, she was a third team all-state, first team all-Metro and first team all-Delta League selection after batting .371 with a .421 on-base percentage and 28 RBIs in 31 games…as a junior, she was named first team all-Metro and first team all-league after hitting .429 with a 1.198 ops, 11 doubles, four home runs and 36 RBIs in 31 games…garnered some form of all-league recognition all four years of her high school career.​

Played in 18 games as a true freshman, including 13 starts…all 13 of those starts came behind the plate.. started eight games at catcher during conference play…had a pair of pinch hitting appearances and one pinch running appearance…appeared in the Big Sky Conference Tournament...finished the season with a .987 fielding percentage.

Played in all 51 games, starting 50 times at catcher…committed just two errors behind the plate, good for a .994 fielding percentage…caught a pitching staff that finished first in the Big Sky Conference with a 2.85 team ERA...the only game of the season she didn’t start was March 10 vs. Howard where she came in to pinch hit...Big Sky Conference Tournament Champions in 2018...went on to play in Regionals for the NCAA College World Series Tournament at UCLA..

Played in 49 games, including 45 starts at catcher…caught a Sacramento State pitching staff that finished first in the Big Sky Conference with a 2.88 ERA…in addition, she was the battery mate for three pitchers that finished with a 3.75 ERA or lower, including Big Sky Pitcher of the Year Savanna Corr…reached base safely in seven straight games from March 15-22…appeared in the Big Sky Conference Tournament...committed just four errors all season, good for a .983 fielding percentage.

ROB DIGGLE HAS BEEN COACHING EITHER BASEBALL OR SOFTBALL SINCE THE EARLY 1980'S. HE WAS A HIGH SCHOOL BASEBALL COACH AT SAN BENITO HIGH SCHOOL IN HOLLISTER, CA FROM 1981 -1984. FROM 1985 -1989 HE WAS AN ASSISTANT COACH AT TWO PAC 10 SCHOOLS. ROB WORKED ON A MASTER'S DEGREE AND HELPED AT STANFORD IN THE 85'-86' SEASONS AND THEN SPENT 3 YEARS AS AN ASSISTANT AT THE UNIVERSITY OF WASHINGTON. WHILE AT WASHINGTON COACH DIGGLE COMPLETED HIS MASTERS DEGREE IN KINESIOLOGY FROM SAN JOSE STATE UNIVERSITY. ROB'S PRIMARY RESPONSIBILITIES WERE HITTING, RECRUITING, AND INFIELD PLAY AT UW.

IN THE 1990'S ROB GOT INVOLVED WITH SOFTBALL WHEN HIS DAUGHTER BEGAN TO PLAY. HE HAS BEEN INVOLVED WITH SEVERAL ASA ORGANIZATIONS AND CURRENTLY IS HELPING WITH ALL-AMERICAN SPORTS ACADEMY OUT OF TRACY, CA. HIS TEAMS HAVE BEEN MANY NATIONAL CHAMPIONSHIPS, FINISHING AS HIGH AS 7TH IN THE COUNTRY. COACH DIGGLE HAS WORKED DIRECTLY OR INDIRECTLY (ASA TEAM MEMBERS) WITH OVER 50 COLLEGIATE PLAYERS. ROB IS THE HEAD COACH AT UNION MINE HIGH SCHOOL.

RON HAS BEEN A PRIVATE SOFTBALL PITCHING INSTRUCTOR SINCE 2003. HE HAS BEEN COACHING SOFTBALL SINCE 1995. RON HAS BEEN THE OWNER OF THE “K” CLUB SINCE 2010. RON CURRENTLY HAS 75 STUDENTS THAT COME TO HIM FOR LESSONS. I HAVE OVER 250 COLLEGE PITCHERS IN COLLEGE. 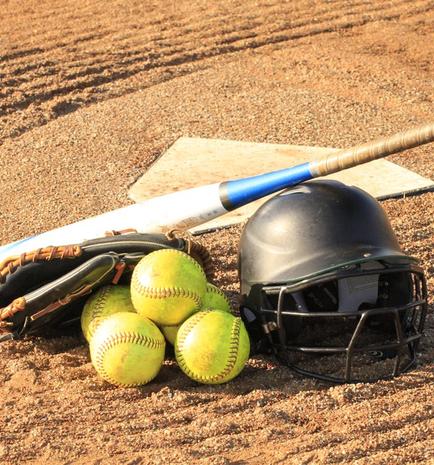 BOB’S FAST PITCH SOFTBALL CAREER STARTED BACK IN 1977, WHERE HE PLAYED FOR CARMELITA’S OF ROSEVILLE CALIF. CONTINUED TO PLAY FOR THE NEXT 14 YEARS FOR A VARIETY OF A AND OPEN A TRAVEL TEAMS AT THE NATIONAL LEVEL BASED OUT OF SACRAMENTO CALIFORNIA. BOB ENDED HIS PLAYING CAREER WITH THE ROSEVILLE MERCHANTS IN 1994 AT AGE 41.

BOB STARTED COACHING IN 1995 AT A LOCAL RECREATIONAL LEAGUE IN ORANGEVALE CALIFORNIA, WHERE HE COACHED FOR TWO YEARS. IN 1997 HE STARTED COACHING TRAVEL BALL WITH THE GOLDEN THUNDER 12U. BOB CONTINUED COACHING WITH A VARIETY OF TRAVEL TEAMS; SACRAMENTO DYNASTY 12U &14U, CAPITAL CITY COMETS 14U & 16U AND THE ROSEVILLE HEAT 18U AND 18 GOLD. HIS TEAMS HAVE ALL PLAYED IN NATIONAL TOURNAMENTS ASA, NSA AND TRIPLE CROWN VENUES. FINISHING IN THE TOP 20 IN TWO ASA NATIONALS 18U. TOP 10 IN TRIPLE CROWN NATIONALS 16U. CHAMPIONS IN THE 16U TRIPLE CROWN FIREWORKS TOURNAMENT IN DENVER COLORADO. SECOND PLACE IN NSA NATIONALS 12U.

BOB WAS HEAD VARSITY SOFTBALL COACH AT BELLA VISTA HIGH SCHOOL IN FAIR OAKS CALIFORNIA FROM 2002 TO 2007, WHERE HE LED THE BRONCO’S TO THEIR FIRST PLAYOFF BERTH IN 20 YEARS IN THE 2007 SEASON.

BOB WAS ALSO AN ASSISTANT COACH AT SAC CITY COLLEGE FOR FOUR YEARS. BOB IS CURRENTLY THE HITTING COACH FOR SIERRA COLLEGE.

HIS SON HEATH HAYES PLAYED BASEBALL AT SAN DIEGO STATE WHERE HE RECEIVED ALL AMERICAN HONORS AND WAS ALSO NAMED MVP OF THE WAC HE SENIOR YEAR (1994). HEATH WAS DRAFTED BY THE CLEVELAND INDIANS IN 1994 AND WENT ON TO PLAY SEVEN YEARS WITH THE INDIANS ORGANIZATION, ENDING HIS CAREER WITH THE TRIPLE A BUFFALO BISON IN 2001. BOB AND HEATH STARTED TRIPLE PLAY SCHOOL OF ATHLETIC DEVELOPMENT IN 2002, WORKING WITH SOME OF THE ELITE BASEBALL AND SOFTBALL PLAYERS IN THE AREA, SOME OF WHICH HAVE PLAYED OR ARE CURRENTLY PLAYING AT THE D2 AND D1 LEVEL, INCLUDING HIS DAUGHTER KAYLA HAYES WHO ATTENDED SAN JOSE STATE.

BOB IS MARRIED TO JANET HAYES (30 YEARS) AND A PROUD FATHER OF FOUR DAUGHTERS AND ONE SON AND THREE GRAND CHILDREN.